Join us for a Special Fundraiser for the Ringwood Manor Association of the Arts!

UPDATE: The Magic Lantern Show has sold out. Thank you for the support!

As early as the 17th century, the magic lantern was used to project hand-painted slides in glowing, luminous color for awestruck audiences. The Magic Lantern at Ringwood Manor will be held inside the historic Great Hall and include demonstrations by filmmaker, author, and magic lanternist Joel Schlemowitz of the 18th-century Phantasmagoria, a show which used the magic lantern to create images of ghosts and spirits. This will be followed by projections of some of Mr. Schlemowitz’ collection of 19th-century magic lantern slides, including animated slip-slides, gearwork moving images, and dissolving views. 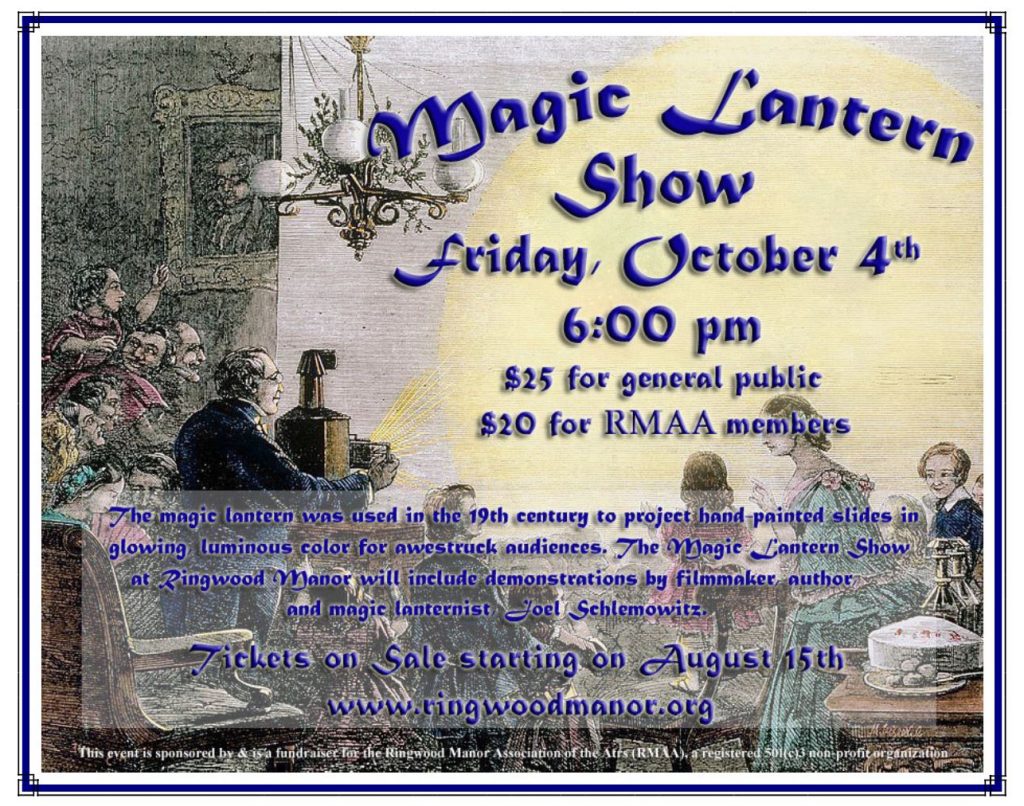